The new “I’m Not a Hipster!” GTA Online update is now available for the Xbox 360 and Playstation 3, as announced via Rockstar’s News Wire.

The new update includes items such as retro shirts, tattoos, animal masks, skinny jeans and hairstyles, as well as several new cars such as the Glendale, the Warrener, the Blade and the Rhapsody. Also According to Rockstar the general gameplay has also been been improved to “Ensure the world is constantly evolving!”. There are also new weapons available at Ammu-Nation, The Vintage Pistol and The Antique Cavalry Dagger. 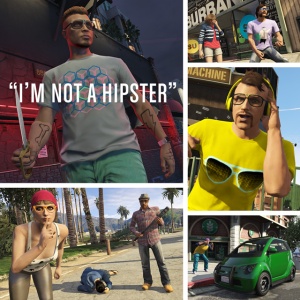 12 new jobs have also been added to the Online world, including Races, Deathmatches and Captures: 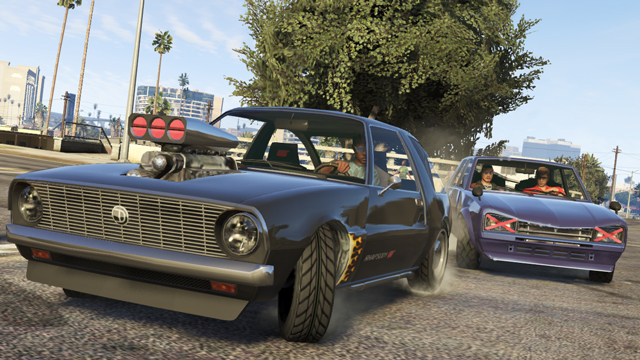 New cars The Rhapsody and The Warrener

There have also been lots of tweeks and updates to fix different things within the Online world: