Play:Expo, if you’re a gamer and especially if you were born before 1990, is the ultimate place for reliving your youth and becoming that inner child we all really are. This year’s event is going to be the third year at Event City in Manchester and is no exception in terms of getting bigger and better every year.

The event is going from strength to strength from starting out in a little hotel in Blackpool is now filling one of the biggest venues in the North West. What started as a gathering of retro gaming enthusiasts is now full of people of all ages playing games from the future, present and past. This will be my third visit to Play:Expo and there will be many more visits in the future I can assure you. Play:Expo this year is now split into five different arenas, Now:Play, Re:Play, Cos:Play, Pro:Play and the newest addition Screen:Play. 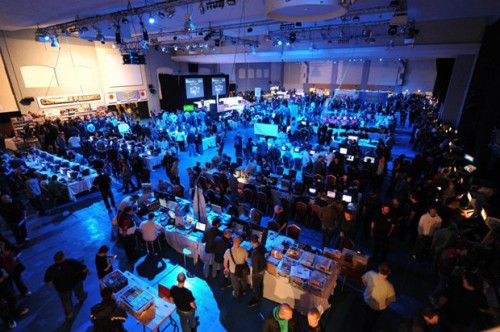 Now:Play looks at some of the latest games from the major developers and many indie developers, who just don’t get the type of coverage the mainstream developers get in the major expo’s. So far over 20 new indie games have been announced, this will be the first chance for some developers will be showing off their latest projects for people to have a first glimpse of.

Re:Play is the main hub and the reason this expo actually began in the first place. Arcade machines, pinball machines, LAN gaming PC’s as far as the eye can see, a gamers idea of heaven! Going back in time, playing games being 12 again is gaming at it’s purest form, none of this save state / health regeneration nonsense, once you were dead, you were dead therefore back to the beginning you go, Ghost n’ Goblins anyone?

Cos:Play is the chance where people get the opportunity to become their favourite gaming icon, last year the World Cosplay Summit was held at Play:Expo and there were some absolutely fantastic costumes and some very memorable ones for the wrong reason, the big guy in purple shorts, crown and masking tape on his bellybutton will forever be in my mind. 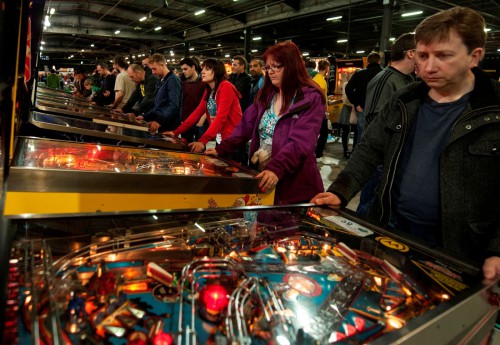 Pro:Play is where the big boys are, the guys and gals we all want to be when gaming and the people we shout at when they are kicking our backsides time, after time, after time. Last year saw the Street Fighter 4 Capcom Pro Tour stopping at the event, one of only eight qualifying events worldwide with Frances’s Alioune winning the event and booking his place at the Capcom Cup 2013.

Screen:Play, Play:Expo’s newest addition to the family. Bringing the world of television and film to the event, with the likes of Craig Charles and Chris Barrie from Red Dwarf coming to the event, the cars from Back to the Future and Transformers as well as the Iron Throne from Game of Thrones are sure to bring an extra pizazz to the show floor, because, let’s be honest, who doesn’t want to have their picture taken in front of Bumblebee or sitting in Doc Brown’s car from Back to the Future?

Tabletop gaming has had a major renaissance over the last couple of years, probably thanks to Wil Wheaton and the Geek and Sundry guys and gals on YouTube, so at Play:Expo’s little brother, Play:Blackpool, Dark Cleo Productions made its debut bringing a variety of games to a potential new audience and they were so successful that they will also be coming to Play:Expo. This is something I am very interested in, board games have been part of my family for many years and they kind of disappeared of the face of the earth with the development of technology. With a new found generation of players being available as well as the addition of Tabletop Simulator on Steam recently, seeing the new generation playing and enjoying these games is a great thing to see.

Another recent resurgence has been with Trading Card Games (TCG). Magic: The Gathering started it all, Pokemon and Yu-Gi-Oh took it to the next step but Magic has been there throughout and is still the biggest and best. Unlike board games, the development of technology has not hindered TCG’s but helped develop them and give us fresh and new ideas. During this though it hasn’t forgotten its roots with tabletop versions but enhanced these ideas and took it to an even bigger audience with computerised versions, which are just as popular, i.e. Hearthstone. Chimera, will be bringing to Play:Expo the latest and biggest TCG currently in Japan, Unlimited VS. Unlimited VS allows players to use characters from the most popular video games and Anime and battle each other 1-on-1. If it’s a TCG from Japan these are the people to go to, they will be bringing you some of the latest stock available to buy straight from Japan, surely not to be missed.

I am a gamer, always have been and always will be and being at Play:Expo for the first time in 2012 inspired me to become a bigger part of the greatest community that is gaming. Walking around and speaking to like-minded people instead of via chat forums, putting faces to names and meeting up reminds me of when me of when I was younger.

I was lucky enough to live in a place where there was an arcade in my town and it saddens me that it is a dying industry in this country. Nowadays my nearest proper arcade is around a 90 minute drive and even that has less than a 1/3 of floor space dedicated to gaming, the rest is fruit machines and prize ticket machines and it saddens me that this is happening. Mashing the punch button while your friend is doing the hadouken movement in Street Fighter, getting on the massive Enduro Racer machine thinking you were the man when you were doing wheelies and flying in the air are some of the greatest memories I have as a child, Play:Expo helps brings all my fondest memories all back.

Seeing people of all ages, families and groups of friends all together sharing the same passion is a beautiful thing to behold. The atmosphere is a unique and special one where the only thing you can have is fun!