So its almost the time for another instalment in the Battlefield series, with Battlefield Hardline releasing on March 19th in Europe and 17th in North America. What better way to check out Call of Duty’s competition than to play the Beta which has been and gone in this past week. This new entry is being developed by Visceral Games, with only some input being made by DICE who usually develop the Battlefield series.

Now normally I tend to stay away from modern FPS games, but Wolfenstein: The New Order managed to hold my attention so I thought why not give the BF: Hardline beta a try. It was free after all. Booting up the game and heading into the load-out section, it seemed to me that everything seemed a little too cluttered. I’m not sure if its just me but I just couldn’t get used to the interface, which was just a little too confusing. It’s hard not to make comparisons to Call of Duty, after all they are similar games, but the load-out screens for Activision’s crown jewel always seemed easier to navigate even for someone who is relatively new to the series or only has a passing interest in genre 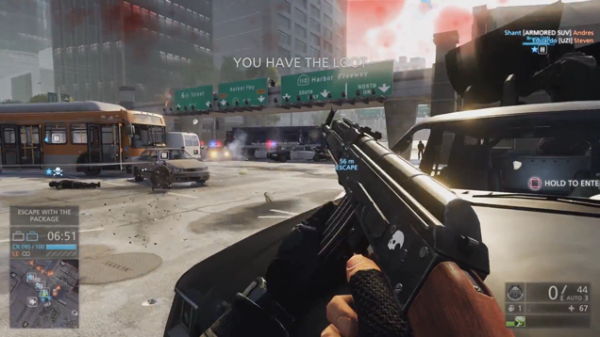 Clutter aside, there is actually a lot of equipment to choose from if you are a seasoned veteran and know which attachments should go with each weapon, which grenade types are best for each mode and what really works best as your melee weapon of choice. However there is a downside to having all this equipment to choose from. That comes in the form of the dreaded words, Micro-transactions.

Now at the minute, all that has been announced for BF: Hardline is that the game will have a ‘Premium Service‘, which will give players extra content provided they are willing to part with a few extra pounds. In the beta, whichever game mode you play you earn cash to spend through completing certain objectives i.e getting the loot to the escape zone in heist or getting ‘X’ amount of kills with a certain weapon. But in my time with the game I found the amount of cash you got wasn’t very much and as such the amount you can spend didn’t really amount to very much.

This makes me worry that players who aren’t playing the game every day won’t make that much money to spend, and will have to shell out more money just to get an extra few weapons to up their game. Grand Theft Auto V had a similar problem with the Online section of the game, in that you didn’t get rewarded very much money for completing missions etc and as a solution Rockstar made Shark Cards available, again forcing you to pay more if you didn’t want to grind.

Onto the gameplay. There are 3 modes to choose from in this beta: Heist; which is a cops and robbers type scenario, Hotwire; teams compete to hold assigned vehicles for the longest amount of time, and Conquest; deathmatchs on large scale, the classic Battlefield mode. First up is Heist.

Ever since this game was announced, I was intrigued by this aspect of the game and how Visceral would make it stand apart from a game like Payday, instead of it just being a clone. Well they have managed to create something vastly different to Payday, even if it is more akin to mass confusion and chaos. By this I mean that, with most team based shooters, there isn’t much teamwork. I couldn’t count on on both hands the times that I needed reviving and another player would see me and just glide on by without a care in the world. If the heist mode is to be successful, maybe have less players on each team or maybe just the criminal team to make the games a little smoother and more fun to play, rather than just being chaotic all the time.

Now this may be because I am no good at FPS games, but I died a significant amount of times before I got a good handle on the game, this may sound negative but I did enjoy it in spite of this. Just things like having multiple entries into the bank to access the vault is fun and as a result it turned into a game of ‘Can I find all the access points before the game ends?’

One other gripe I had with this mode is the experience at which some players have in the game. This may sound like I am nitpicking but I feel that maybe use matchmaking based off the Battlelog for people who do use and log in with it frequently. I think this would go a long way to help new comers ease into the game rather than throwing them in the deep end with all the sharks.

Onto Hotwire. This is a novel twist on the classic game mode of domination, by which you still have to capture certain objectives but this time they are vehicles which means the objectives are always on the move. I actually managed to preview this at last years EGX and really thought EA and Visceral were on to something. Is it still as good now as it was then? Absolutely!

There is nothing like jumping in a cop car to drive to one of the objectives, with three of your team mates backing you up and you dancing to “Sound of Da Police” blasting out of your in game speakers and putting fear into your opponents. This is only something small but it hit the spot in hyping me up for the ensuing action. This was probably my favourite game mode as its just so much fun! Car chases, good music, and team mates more willing to work as a team. 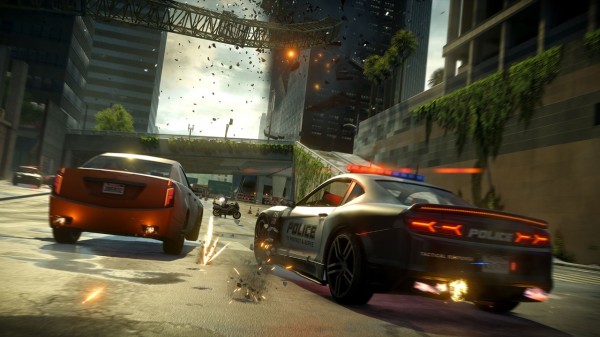 On the other hand though there was a few issues I had with this game mode. If you ran out of ammo and had no one around to get any from, your fun was immediately cut short, which is a shame if you are in a high speed pursuit. Also for some reason some cars are ridiculously overpowered. By this I mean that if you bump into another car just a few times the other car would just randomly explode…Strange I know. Another thing with vehicles is that they would randomly get caught on the environment and you can’t move which just halts your progress completely. To be honest most of the issues I had were just focused on the vehicles, so it shouldn’t put a damper on what I thought was a good mode to play on.

Now I’m not going to make a judgement on the Conquest mode because it is literally the same mode people played on in previous instalments of the franchise. Much remains unchanged other than the team names and the maps. So it’s just as its always been.

Overall, I think between now and the March 19th (17th in North America) release the game needs a lot of polish to mask its scars. I am still a little baffled as to why EA felt the need to slot this into the Battlefield franchise rather than create a new IP. By DICE’s own admission they thought that this entry into the series would kill the franchise, although that remains to be seen by the number of people who played the Beta; more than six million. Don’t get me wrong I think the game is a lot of fun, but I’m not one of the people who will be charging down to my local Game store to get it on launch day and I will probably just wait till it’s in the sales. It really just comes down to a case of “If you liked any of the Battlefield games, you will like this!”.

– A little overwhelming and chaotic at times

– Team work goes out of the window in certain modes

– Should have been a brand new IP

One thought on “HANDS ON: BATTLEFIELD HARDLINE BETA”