Bethesda today announced the details of the upcoming DLC for their game Fallout 4, with three lots of DLC coming within the next three months.

Stated in a press release and via their blog, Bethesda spoke of their excitement about their upcoming DLC and thanked fans of the game for their continued support:

“Today we reveal details for the first three Fallout 4 add-ons, plans for additional content, updates, mods, and more. Since Fallout 4 launched, we’ve been blown away by your support for the game. It stands as our most successful title ever and that couldn’t have happened without you. It’s been truly inspiring, the stories, images and experiences that you’ve created. And now it’s time to share with you some of what we’ve been creating

Heres a description of each DLC, including price and release date:

As well as this, Bethesda has more DLC planned for the rest of this year. However, if you have not yet bought the Season Pass for Fallout 4 now is the time to get it. Due to the expanded DLC plan Bethesda have had to raise the price from £24.99 to £39.99.

Bethesda also announced that each lot of DLC will be getting a beta, which you can sign up for here, and the good news is that if you purchase the beta you will not need to then purchase the extra content again! 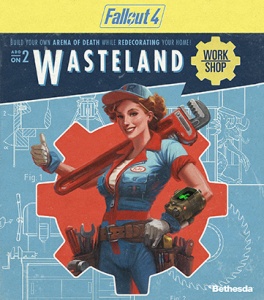