Welcome to our newest feature here at Battle Misfit, Indie Showcase! Every so often we will showcase the best that the Indie community has to offer, find out what makes them tick, and how they become inspired to make the work that they do. Doing us the honours of taking part in our first Indie Showcase is Jesse Makkonen. Jesse is the brains behind Silence of the Sleep, which we gave 9/10 we enjoyed it that much, and is now working on his new game The Human Gallery which you can help get onto Steam through Greenlight soon.

Battle Misfit: For those that don’t know you, tell us a little about yourself and your work.

Jesse Makkonen: Hello! I’m 25 year old developer from Finland. I started my development career around 2 years ago. I released my debut game Silence of the Sleep a few months ago and at the moment I’m working on another game: The Human Gallery.

I did not have any experience from the gaming industry but I decided to “throw” myself in and here I am! I learned a billion things from Silence of the Sleep and I feel I’m now more “ready”.

BM: A lot of Indie Devs sometimes become overwhelmed by all the work they have to do by themselves or in small teams (Phil Fish and Fez, Edmund McMillen and Tommy Refenes Super Meat Boy), how do you manage to get the job done and maintain an excellent quality with the games you produce?

JM: It’s insane to be honest. I’m pretty ambitious so I want to create something compelling. It is hard, and it shows in Silence of the Sleep, but a lots of it comes from the fact it was my first game. With The Human Gallery I hope to make something truly unique and more polished. But yes, it is hard and takes a LOTS of time. Patience, nothing comes easily or quick and you are guaranteed to lose your mind every now and then. 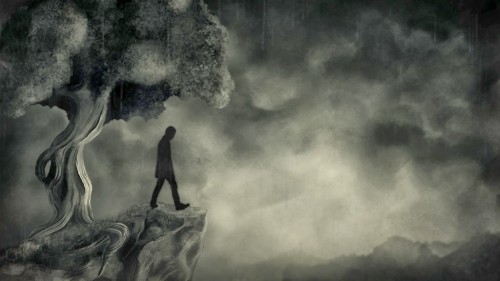 BM: Silence of the Sleep garnered a great review from us, which shows you are gifted in your field. What sort of influences or case studies did you draw upon to create Jacob Reeves world? What was the process you used to create the art style, soundtrack etc?

JM: Oh yeah that was an amazing review! I think you were kind to overlook some of the shortcomings and focused on the stronger aspects of the game!

Hmm… well the story has been with me for quite a long time, as for influences they are mostly from my sub-conscious mind. For example, Chapter 1 reminded me a lot of The Shining, which I only figured out later! Twin Peaks is definitely there too! I drew the world with Photoshop and animated most of the stuff with After Effects. Animating was a new thing to learn too, so it took a little while to get going. I love composing and if I could not figure what to do I usually started playing around and tried to find new melodies or atmospheres. It is fun! I’m not sure where my art-style comes from though, it just feels natural for me!

BM: If you had the resources, would you like to see Silence of the Sleep/future games on other platforms (PSN, Xbox Live) rather than just PC? Or are you happy to just commit to PC?

JM: This is tricky to be honest! I kind of like the roughness in Silence of the Sleep. I think even I did have resources I would probably keep it a PC exclusive. Porting it would take huge amount of work as some of the code in SotS is not very good! 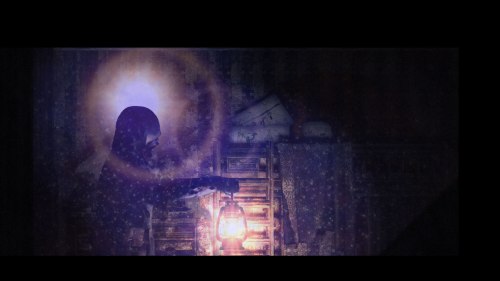 BM: In your own words tell us a little about The Human Gallery

JM: All the feedback I got from SotS was good and bad. I take that and build upon it. I keep the art-style, but take it a lot further. I have built a small shadows system, and I’m using a lots of shaders for lightning effects and I really love how everything looks and plays! The soundtrack and audio design will be similar, but this is something I’m hoping to take a little further too. Mainly taking more time with audio work in general. It will sound great, I promise you that!

Negative things I’ve read; SotS was a bit too difficult, controls are a bit wooden, some of the stuff was hard to notice. Well, gameplay overall, I’m making it a lot better and smoother!

BM: In your opinion, is it better for your games to paint (excuse the pun) a captivating story that your audience will remember, or would you rather the game challenge their perceptions of the games chosen subject?

JM: Definitely paint a story and experience that people will remember. Do you know the feeling when you have finished with a game, and you notice that days after you have finished it you get this… warm feeling inside of you when you think of that game? Games can leave a mark, a memory, and this is something I would love to “give” to people.

BM: Although production of The Human Gallery only began a couple of months ago, which would you say is is the better game in your opinion? Or maybe which game did you enjoy working on more? Was it easier to transition into your next game after learning from what worked well and what didn’t work with Silence of the Sleep?

JM: Well SotS will always be a very special game for me. Even though I had so much to learn with SotS it was very, very difficult at times. I ended up doing some of the stuff over and over again. The Human Gallery is more complicated. The code is more complicated, but it allows me to make everything smoother and more appealing. I enjoy working with The Human Gallery. It is challenging for one man band but it will be worth it. 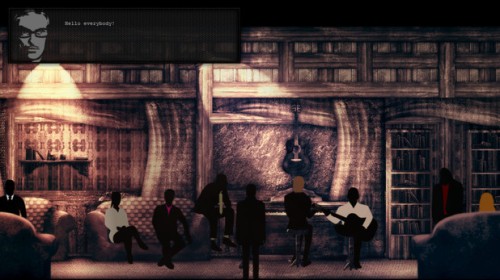 BM: Do you interact with anyone else in the Indie community? Maybe to bounce ideas off each other or brainstorm ideas from your next projects.

JM: I have a few developers on my Steam friend list. I talk to them every now and then, it’s really nice! Also they are nice folks and have helped me whenever I have needed to ask their opinion or advice. I’m also trying to pay it back and to help people at the Fusion forums whenever I can give them an advice.

BM: Would you be open to working with bigger publishers so you can get your work seen by a wider audience? (e.g ID@Xbox)

JM: Maybe! Actually at the moment I’m trying to figure how to get voice acting in The Human Gallery. It can be expensive, and unfortunately the income from SotS is not enough to cover that so I’ve been thinking if I’ll try to get a publisher. But I don’t know…I’d need to talk further to know the benefits etc. Never say never!

JM: I don’t know! It was crazy decision I just made one day. I knew I want to create something, but I did not know what or how and one day it came to me: Games. I have a small smile while saying this, brings back some memories!

Starting developers take note: It will not be an easy nor short journey. It will test you, make you doubt yourself, but you need to trust yourself that you can do it. Take your time, patience, go slowly as it won’t happen overnight. It all sounds cliché, but it is a slow and demanding progress. But in the end, it will be worth it! 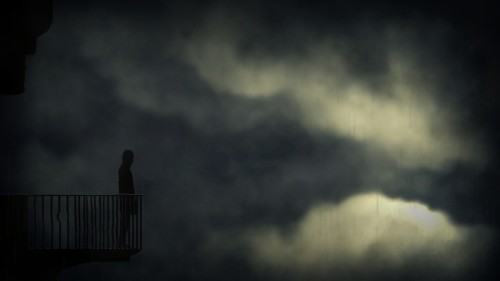 BM: Now some fun questions for you! A friend of yours approaches you who knows nothing about video games and wants to get started. If you could choose one game and one console from any point in history for them to begin their gaming journey what would you choose and why?

JM: Eeeeasy one! Super Mario Bros. Nintendo! I don’t think I need to explain why!

BM: If money was no object, what game would you want to create? (Maybe a remake? Or a sequel to a classic game) How would you market it? (Have Michael Bay direct an advert for the game? Have an all star cast for the Voice Cast)

JM: This is hard…maybe sequel of Zelda: Majora’s Mask. Or sequel to Conker’s Bad Fur Day! There are too many games… It’s Hard to say! As for marketing I would leave it to pros!

BM: Finally, If there was one game from history that you wish you could have created, which one would you choose and why?

Thank you readers of Battle Misfit, you rule!