Welcome back to our newest edition of what we here at Battle Misfit like to call Indie Showcase! If you missed our interview with Jesse Makkonen, do take a look. This time we are lucky enough to speak to the talented mobile game developer Nikkona Hildebrandt, founder of Vital Zigns and creator of such games as Chop Block and 7lbs of Freedom:

Battle Misfit: For anyone that isn’t familiar with you, tell us a little about yourself and your work.

Nikkona Hildebrandt: Well…my name is Nikkona Hildebrandt, I’m 26 and a gamer turned game developer. I received a B.S. in Game Software Development and just started doing real game development a little less than a year ago. I’ve developed two games, Chop Block & 7lbs of Freedom, which are available on iOS and Android. I’m also a graphic designer so that highly influences the style of my games.

BM: As you said, you are also a graphic designer as well as a game developer. Is it easy to divide your time between making games and graphic designing?

NH: I wish I could say it is, but at the moment making games doesn’t pay the bills so it definitely receives less of my time. But maybe someday it will have majority of my time.

BM: Do some of your early games, like Zombie Adventure and RED, influence the process of creating some of your more recent games?

NH: My academic projects such as those have always been a small version of zombie games I would like to create in the future. In class there was never enough time to have a complete game as a project, but I love zombies so most of those projects ended up as some sort of zombie game. 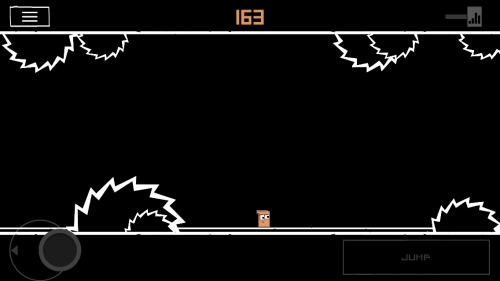 BM: Again, a lot of your games are 2D or side-scrolling so it seems you have an affinity for this type of game. Are there any particular games with a similar style that you have gained inspiration from and looked to emulate?

NH: Well, I’ve always loved side-scrollers since I grew up playing Mario & Sonic the Hedgehog plus they’re easy types of games to play on mobile devices. But not all of games will consist of this style. As for as inspiration…I guess you can say Mario and even Super Meat Boy have inspired game mechanics. I love the gritty fast paced style of Super Meat Boy and that has had an influence on the hardcore style of my games.

BM: Would you be open to creating a fully fledged 3D game? Maybe remaking one of your early games?

NH: I would be interested in creating a 3D game but probably not for a little while. But I am working on a 2.5D game which has been fun so far. 3D worlds are great but sometimes exploring them from a 2D perspective can be just as immersive.

BM: Your newest game is 7lbs of Freedom, tell us a little about it

NH: Well, 7lbs of Freedom a fast-paced game where you help Herbert the Chicken survive endless waves of humans trying to feast on him. It features different types of humans with different behaviours because let’s face it, we are all different. I just really wanted to create a fun-loving family-friendly mobile game that would keep people on the edge of their seat. I also thought it would be fun to explore the chicken’s side of the story and capture what chickens may feel in the real world and how they only want freedom. 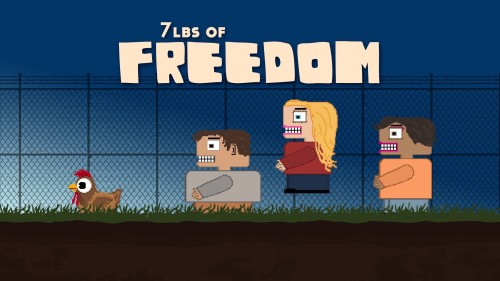 BM: What are your thoughts about the rise in recent years of Indie games companies and developers such as yourself? Do you think this is the future of the games industry? Would you like to see larger companies (EA and Actvision) help smaller devs succeed, similar to what Microsoft are doing with ID@Xbox?

NH: Indies are definitely on the rise but I feel a lot of that is due to the easy industry entry. Many tools such as Unity3D and Unreal make it very easy for almost anyone to try and make games. I think with more tools such as these being readily available we will see the indie community become very competitive. I would love to see larger companies help out indies but i doubt we will because that would just create more competition for them. I feel like Microsoft and Sony will try to help indies to a degree because it allows more games on their platforms.

BM: So far your games have only been available on Android and iOS. Are you looking at getting your games onto a different platform as well? Maybe Steam? Or are you happy to stick to Mobile for the time being?

NH: I always told myself that I would be a mobile developer because that’s where I see the industry growing the most. People are spending more and more time on phones and tablets. I would like to also get into console development for some of my titles especially the fast-paced ones.

BM: Is it more important for you to create an amazing gameplay experience over creating a compelling story or do you try to find a balance for both?

NH: Well, this is a tough one. I would probably have to say that creating a great gameplay experience is more important to me because I feel that not all games require much of a story to be fun and immersive. Especially for mobile I feel you can have a very short story or none at all and get away with it. You can find a balance depending on your platform and targeted audience. 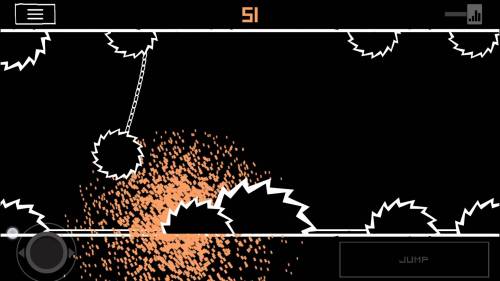 BM: Is games development something you have always wanted to do? Has anyone in particular inspired you? What advice would you give to people who are looking to get into the field themselves?

NH: I didn’t always know I wanted to do game development but I have always been a gamer. During a difficult time in my life, I turned to Call of Duty and rediscovered a love for the gaming world. During this time my best friend suggested I go to school for game development since I love games so much. So that’s what I did and now here I am. As far as people trying to get into the field I suggest they just start learning everything they can. If they have no programming experience and that’s what they want to do then I suggest they either go to school or do some sort of online training. Create all sorts of games, each time implementing new things they learn. Also, never forget that game development isn’t just about the development, but it’s also about the strategy of getting it out there to the potential audience.

BM: Now for the mandatory fun questions! A friend of yours approaches you who knows nothing about video games and wants to get started. If you could choose one game and one console from any point in history for them to begin their gaming journey what would you choose and why?

NH: That’s easy! I would choose Super Mario Bros on the Nintendo because I feel that was like the birth of retro games that still inspire so much in today’s gaming world. Game mechanics today are very much compared to this game so it’s a great starting point.

BM: If money was no object, what game would you want to create? (Maybe a remake? Or a sequel to a classic game?) How would you market it? (Have Michael Bay direct an advert for the game? Have an all star cast for the Voice Cast?)

NH: Hmm…I’m not sure. I would love to see a sequel to Call of Duty Black Ops done right. I feel like they’ve lost touch with their zombie mode along the way and I would like to see it come back to its roots. Maybe it would be nice if the game was fully focused on zombies, no campaign and no multiplayer. I would bring back the original people that voiced the main characters. I would stay away from using celebrities or popular people in relation to the game because I feel that is total overkill. As far as marketing.. I would do live action teasers, gritty gorilla marketing along the top cities, and viral marketing.

BM: If there was one game from history that you wish you could have created, which one would you choose and why?

NH: Wow…that’s a tough question! There are so many great games I wish I could have created. I guess Mario would probably be the one because it’s gameplay mechanics were beyond its time and it has inspired so much of today’s industry.