Today during the latest Nintendo Direct, Masahiro Sakuri, the director of Smash Bros, announced that every Smash Bros character will be getting it’s own Amiibo. 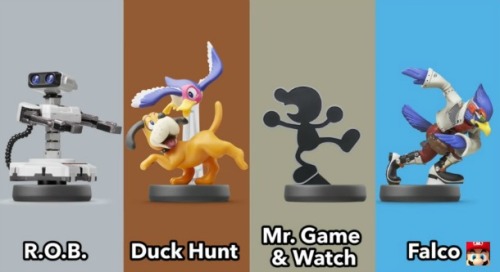 Revealing a handful of them so far, the newest wave consists of R.O.B, Duck Hunt, Game & Watch, Falco, with the Game & Watch Amiibo coming with different accessories that allow the figure to be put into different poses. As well as new Amiibo’s for Smash Bros characters, Nintendo also announced that they are making Amiibo’s available for custom made Mii’s with default bodies for Fighter, Swordfighter, and Gunner. These Amiibo’s are fully customizable within the game, are compatible with all of the newly announced DLC costumes, and are due out in September at the same time as the other announced Amiibo’s. 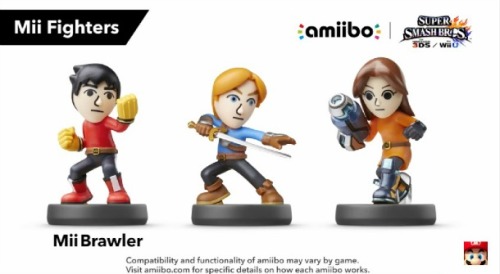 Heres the rest of everything Nintendo announced during the latest Nintendo Direct: