It’s a strange coincidence between this episode and the show at the time of release. Both have reached points with a lot of pay-off to storyline’s. Not a complete pay-off, but you can see it coming. Hopefully it won’t feel like five years of wasted investment and will actually, you know, pay-off. Unlike a certain season finale we could mention…

So to recap, the Forrester are a family under the boot of the Whitehill family, looking for a way to help their family survive and regain their former glory. The eldest, Rodrik, is dealing with the Whitehill’s youngest son throwing his weight around, Mira is dealing with business deals behind her ladies back, struggling to survive the politics of the nation’s capital, Asher is trying to acquire an army to help his family from the Mother of Dragons, Daenerys Targaryen, and Gared is trying to survive the order of the Night’s Watch while looking for the North Grove, which may hold the key to the families survival. 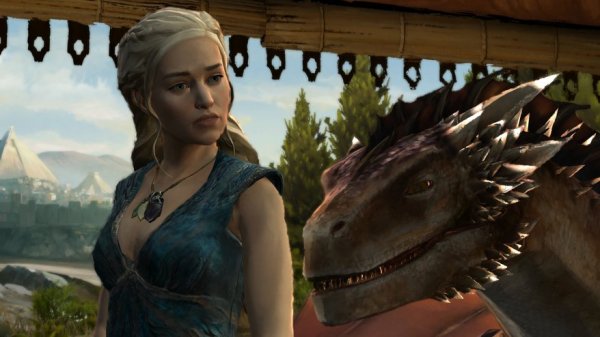 Rodrik has the most pay-off, with a lot of pay-off to events. The opportunity to get his home back comes around, just in time for the Whitehill’s to organize a meeting at his own home. This has been a long time coming, ever since the finale of episode one, and it’s gratifying to have these characters in a position of power after so long of being put down. The most interesting thing is that it goes a way to humanize the Whitehill’s and even build some sympathy.

Mira has little to do this time, except some espionage at a party, which puts me in a very awkward situation. I’m a strong proponent of honour and chivalry, which means honesty and keeping promises, so when my victory is reliant on lying and breaking trust it puts me in a very awkward situation. Once again it’s a pay-off to what has been going on. Mira has been mocked for not being used to life in the Capital, where deception is commonplace, and now you have a chance to play by their rules to get what you want.

Asher finds himself serving Daenerys Targaryen, in order to earn the use of some of her forces, which has been a long time coming; Daenerys is debatably the most popular character in the series and one of the few good people, and really comes across as imposing. The biggest character development goes to Asher’s companion, Besker, who hasn’t elaborated on much so far. Fortunately her development feels central to what’s going on and sets up something to be followed up on later. 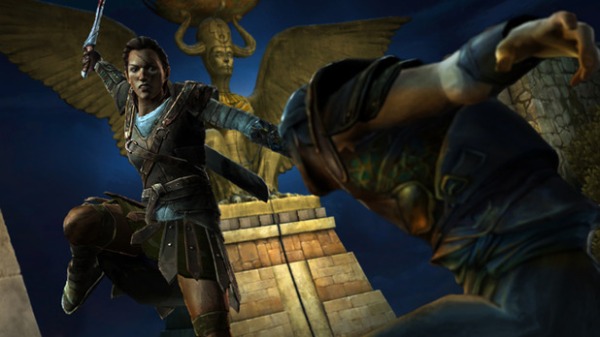 Finally Gared, who feels like something of a misstep. This series takes place during season 4, which concluded with a massive battle between the Night’s Watch and the Wildlings who live beyond their fortress wall and Castle Black. It seemed like a great opportunity to have Gared’s loyalty tested, when both his family and his brothers of the Watch are in the worst possible situation and could use his help. But this decision is taken from you early on, it’s not an issue with the story, but it just feels like a missed opportunity. But I suppose programming two different climaxes would be difficult, and it give you time to devote to fleshing out the build up to the climax. Once again it feels like things are moving on, building on what came before, and while the choice is taken from you it does kick things into high gear, for what has been the weakest of the storylines so far.

To sum up, Episode 4 is where stuff really starts getting into motion, and the end game approaches with each choice becoming more crucial and the choices of the past coming into play. Every storyline has it’s own moments to shine and in the case of Rodrik and Gared the status quo is shaken up, changing the dynamic of their respective storylines. The strongest is Rodrik, since the pay-off to events of the previous episodes is satisfying and makes me excited for what is to come. The weakest is Mira since it’s the shortest and the least is accomplished in comparison but it gets a lot into its one section and has its own feel, so when something this good is your weakest link, you’re in a good place. Probably my favourite episode so far, and it’s made me the most excited for what is to come. Hopefully it’s conclusion won’t feel like a waste of time and leave you feeling utterly depressed….No I’m not bitter! Shut up!

+ Storylines starting to come to a climax

+ Strong character development for Mira, Beska and the Whitehills.

One thought on “REVIEW: GAME OF THRONES EPISODE 4 “SONS OF WINTER””